There are many folks who helped to make today’s Murray Half Marathon a success among whom were all of the law enforcement personnel.

I was running north on 641 and was approaching 121 where 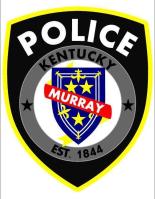 the race route made a left hand turn. Since there was about 50 yards between me and the runners in front of me, a Murray Police Officer let traffic go through the intersection as I continued to get closer. As I got within about 10 yards or so, he motioned for a driver in a red truck to stop so I could make the turn. The driver, for whatever reason, wasn’t stopping. So, what did the officer do? He continued to hold his hand up to the driver … as he stepped directly in front of the truck (the driver had to brake hard!) to make sure a runner could pass safely. That, my friends, is an illustration of how seriously and sacrificially our law enforcement perform their duties.

Besides that, our own sheriff was in the race. It’s impressive when those in leadership positions realize that their influence can be leveraged in areas beyond their duties … specifically to encourage others to pursue health and fitness.

As the race progressed and I passed each of the guys and gals in law enforcement, I tried to make it a point to thank each of them. Our country is going through a mess as an anti-cop culture is brewing. Don’t be a part of it! Those guys and gals are in their positions to protect you and uphold the law. Find opportunities to show your gratitude and support.