Mark 1:29 (CSB): “As soon as they left the synagogue, they went into Simon (Peter) and Andrew’s house with James and John.”

Mark 2:1 (CSB): “When he entered Capernaum again after some days, it was reported that he was at home.”

As we read Mark 1-2, we come to a story that tells us of a time when Jesus went to Peter’s hometown, Capernaum. Jesus healed Peter’s mother-in-law of an illness, He went out to find a secluded place to pray, and he healed a man who was paralyzed and was lowered through a roof for Him to heal.

I know I have posted some pictures and reflections about Capernaum before but I can’t help but see that place in my mind’s eye as I read Mark 1-2. I couldn’t visualize it before traveling to Israel in May-June 2018 and I suspect that you might not be able to visualize it either.

So, let me share some insights, pictures, and video from our time in the excavated city of Capernaum.

Here is what we saw as we got out of our bus and walked to the entrance where our tour guide paid for our entrance. 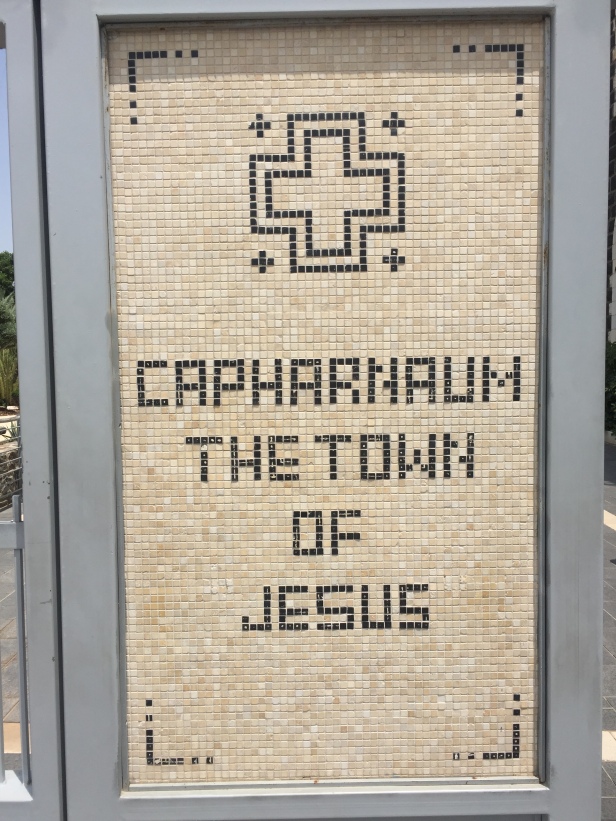 The city that Peter would have lived in is now simply a mass of black rocks. Much of the city has been excavated as you can see below. (Of course, we were not able to walk in that area.) 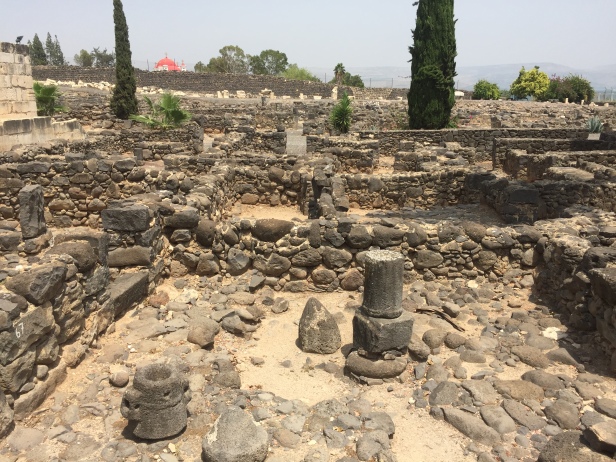 It was hot so we enjoyed finding places to rest in the shade. In the background, you can see the remains of a synagogue that was built on top of the synagogue that Jesus would have frequented when in Capernaum. 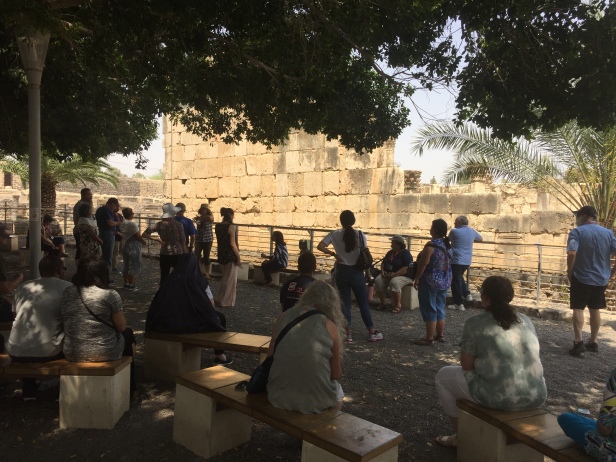 I took the following picture while standing at the main entrance to this synagogue. Again, this isn’t the one Jesus would have taught in. This one was built over the top of the 1st century synagogue. 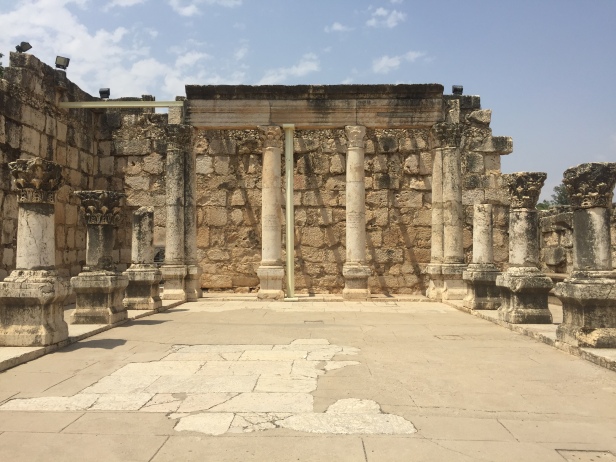 Now, a video. If you look at the wall, you will see brown blocks sitting atop black blocks. The black blocks are thought to be the remains of the synagogue that Jesus would have visited.

Now, let me show you two more videos. (I hope the second one doesn’t get you dizzy. I wanted to give a 360* view but I was spinning too quickly.)

I took the following videos in an air conditioned building that was built on top of where some suspect Peter’s house was. Was it Peter’s house or not? We don’t know. But, I’ll show the videos and then some pictures I took of some informational plagues and what the excavated remains look like under the building.

Here’s what it looks like under the building where I took the previous videos. 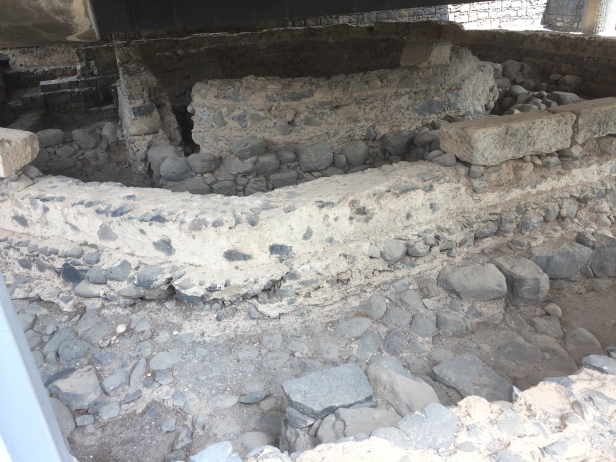 You can expand the following pictures and read some interesting facts about this site. 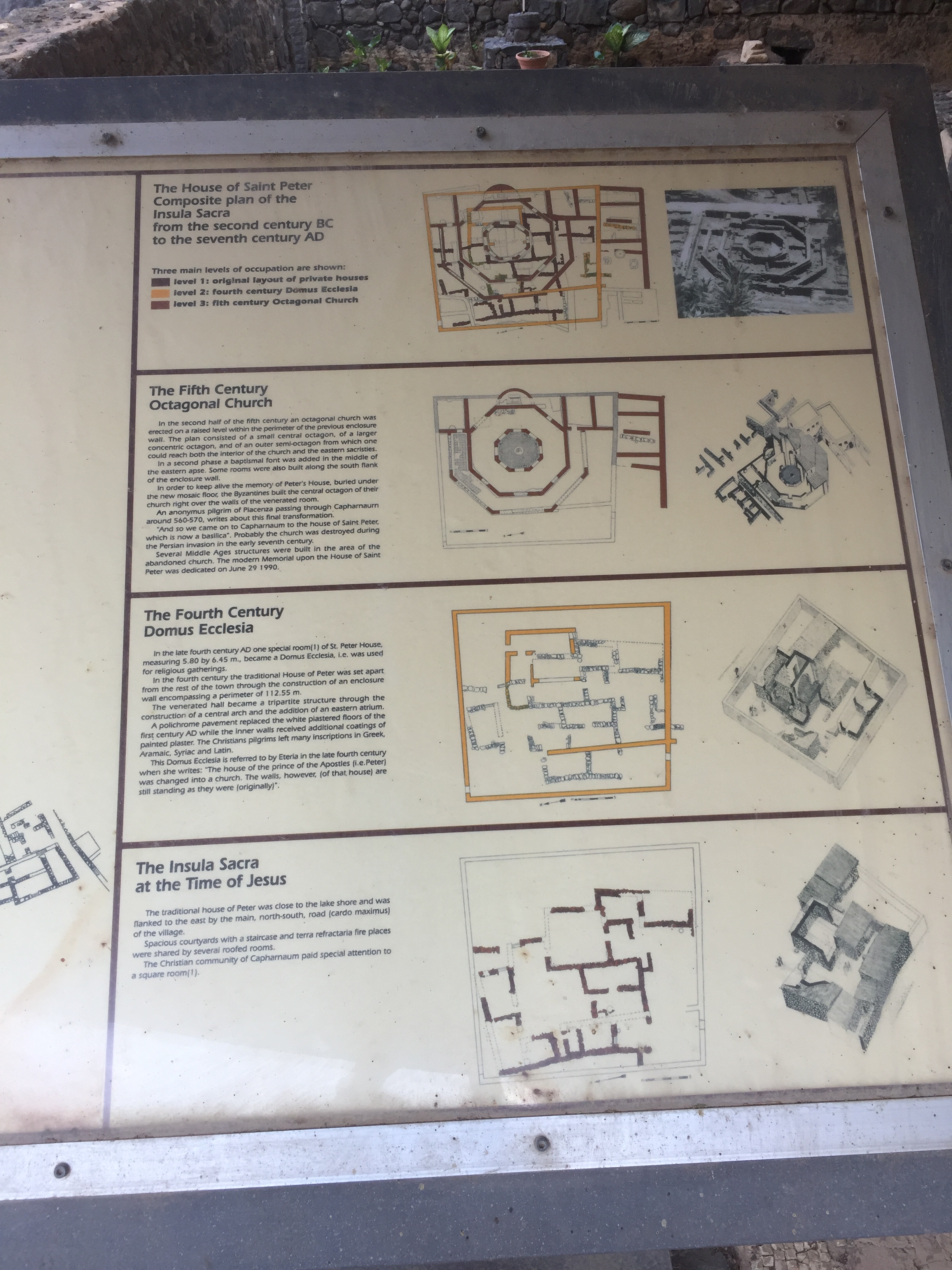 And another informational plaque… 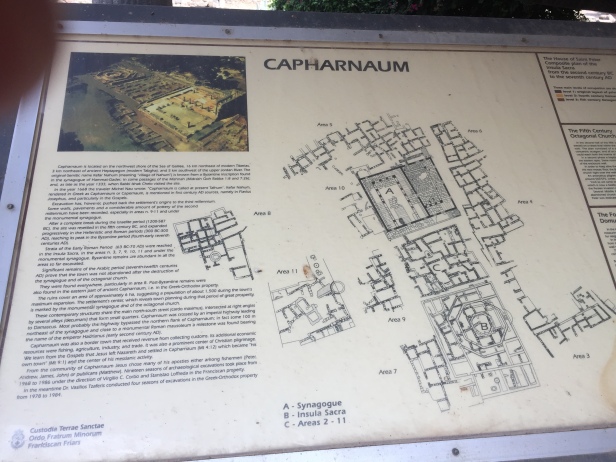 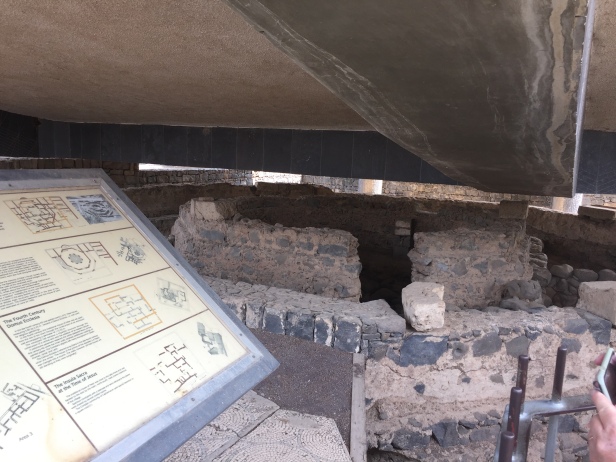 I hope that as you have viewed these pictures and videos that it has helped you to have at least a little better frame of reference for visualizing the stories that took place in Capernaum.