Luke 14:27 (CSB): “Whoever does not bear his own cross and come after me cannot be my disciple.”

Being forgiven and receiving eternal life is a free gift … but, we’ve made it cheap. 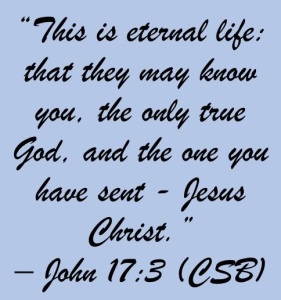 We have taken Heaven’s greatest gift, an invitation into relationship with God (John 17:3), and rubbed it in the mud so that it has become common.

But, in so doing, we have also robbed it of its power. The Gospel, as presented so often today, cannot save because it has been irreparably distorted from the true Gospel that Jesus preached.

If you want to understand how serious it is to tamper with the life-giving Gospel, simply read the book of Galatians. If the Apostle Paul was living in 21st century America, he would have probably been admitted to the hospital for a dangerously high blood pressure problem and a risk of an imminent heart attack. When you read the first few verses of Galatians, you can’t help but see that he was furious. The Galatians had tampered with the Gospel.

So, what do we learn about the Gospel in today’s reading?

Simply, that it is free … but it will cost us everything.

Luke 14:25-26 (CSB): “Now great crowds were traveling with him. So he turned and said to them: ‘If anyone comes to me and does not hate his own father and mother, wife and children, brothers and sisters—yes, and even his own life—he cannot be my disciple.'”

As we read these verses, we cannot help but realize that Jesus did things very differently than we typically do them. For instance, if a church’s attendance begins to swell, we typically want to do whatever is possible to keep the numbers high and even get them higher. But, if a church attendance shrinks, we begin to panic.

Not so with Jesus. We are told in Luke 14:25-26 that he had “great crowds” following Him. What did He do? He decided to say something to disperse them. He wasn’t interested in big numbers. He was interested in genuine followers.

There is nothing wrong with growing a church. Honestly, I would much rather be a part of a church that is seeing its attendance increase rather than decrease. But, our emphasis should be the same as that of Jesus … health. If we focus on health, then healthy things grow.

So, what did Jesus say to trim the weeds and fertilize the ground? He purified their understanding of the Gospel.

Essentially, Jesus said that those who would be His disciples weren’t simply those who walked with Him. They were those who had a loyalty to Him and a love for Him that was so powerful that it made their loyalty and love for their parents (commanded in Exodus 20:12) seem like “hate.”

Jesus wasn’t raising the bar of the Gospel. He was clarifying where the bar had always been for God-followers. Our loyalty and love for our God should be exponentially higher than even the closest and most enjoyable of our relationships.

Luke 14:27 (CSB): “Whoever does not bear his own cross and come after me cannot be my disciple.” 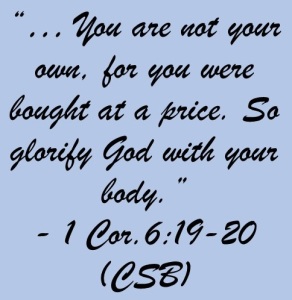 In Luke 14:27, Jesus continued to clarify the Gospel. Simply put, someone could not legitimately call themselves a Jesus-follower unless they had died to themselves and submitted to the authority of Jesus.

When we are saved, Jesus doesn’t simply become our Savior. He also becomes our Lord. Salvation grants us entrance into the Kingdom of God where Jesus is the King and we are the ones who willingly serve King Jesus.

If we do not acknowledge that our life no longer belongs to ourselves, then we cannot legitimately say that we are Jesus-followers.

Luke 14:28-30 (CSB): “For which of you, wanting to build a tower, doesn’t first sit down and calculate the cost to see if he has enough to complete it? Otherwise, after he has laid the foundation and cannot finish it, all the onlookers will begin to ridicule him, saying, ‘This man started to build and wasn’t able to finish.'”

He used the illustration of a man who wanted to build a tower. Jesus said that it would be stupid to begin building that tower unless the builder had first determined that he had the resources to complete the task that he wanted to start. If he didn’t take an assessment of his resources beforehand, he started to build the tower, he ran out of resources, and then the tower sat unfinished, the builder would be mocked by those who saw his unfinished work.

The principle is simple. Essentially, Jesus said don’t start something you can’t finish.

Jesus was saying (the message behind the illustration) that people needed to consider what following Him would require of them before they resolved in their heart to follow Him. Otherwise, they would risk following Him for a time and then going back to their old way of life which would bring on the ridicule of those who would say: “I told you so!”

Jesus was never guilty of “bait and switch.” He never called for followers and then surprised them with what they had committed to. He was completely honest with people so that they could determine whether or not they really wanted to be a Jesus-follower.

Luke 14:31-32 (CSB): “Or what king, going to war against another king, will not first sit down and decide if he is able with ten thousand to oppose the one who comes against him with twenty thousand? If not, while the other is still far off, he sends a delegation and asks for terms of peace.”

Again, another illustration. Jesus is making His point abundantly clear to those who were listening.

A king, before going to war, is going to tabulate his army’s size and the size of the enemy army. He’s going to look at his resources and the enemy’s resources. In so doing, the king will determine whether he has the ability to engage the enemy and accomplish his objective – to win.

This illustrates how a Jesus-follower needs to assess the condition and true desire of his heart. Does he really want to follow Jesus or is it just a fleeting, superficial notion?

A potential Jesus-follower also needs to assess what it will take to follow Jesus. Does he really want to follow Jesus so badly that he is willing to give up whatever it takes to know, love and serve Jesus?

If the potential Jesus-follower doesn’t think that he is ready to follow Jesus, no matter what it will cost him and no matter what comes his way for following Jesus, then He had better not make the commitment. At least, not yet.

Friend, this is so foreign to today’s Christian culture. We believe that everyone, regardless of the condition of their heart, needs to pray a prayer for salvation. But, we see in Jesus’ own experience that a man ran to Him, essentially asked Him how to be saved, but went away sad and unsaved – because his heart wasn’t ready (Matthew 19:16-22). He had a god (his wealth) that he wasn’t willing to give up.

If we want to be a soul-winner like Jesus, then we need to tell people that the Gospel is free – but it will cost them everything.

Luke 14:33 (CSB): “In the same way, therefore, every one of you who does not renounce all his possessions cannot be my disciple.”

Could it be any more clear?

Now, this doesn’t mean that every single person who is a legitimate follower of Jesus needs to take a vow of poverty. There were wealthy Christians in the church at Ephesus (where Timothy was the pastor) that weren’t condemned and were not commanded to renounce their wealth. They were simply encouraged to share with those in need (1 Timothy 6:17-19).

Jesus’ words don’t demand that we sell everything we’ve got, hate everyone except Him, and hide out in a monastery.

Instead, He calls us to recognize that our love for Him should be so strong that our love for our parents (in comparison) would seem to be hate. He calls us to count the cost so that we enter into a relationship with Him knowing that we might lose everything (by force or willingly sharing it with others) but we do so, convinced that Jesus is worth it.

Friend, be so careful about letting your belief system be influenced by those around you. Culture, even the “Christian” culture throughout the ages, has distorted the truths of God’s Word. When the Gospel is distorted, it quite possibly could lose its potency – it’s ability to save people from God’s wrath and eternity in Hell.

So commit to being a person of the Word. Get into your Bible. Read your Bible. Be a student of your Bible. And let your mind and belief system be influenced by the timeless Word of God.

Acts 17:11 (CSB): “The people here were of more noble character than those in Thessalonica, since they received the word with eagerness and examined the Scriptures daily to see if these things were so.”