Ezra 3:12-13 (CSB) “But many of the older priests, Levites, and family heads, who had seen the first temple, wept loudly when they saw the foundation of this temple, but many others shouted joyfully. The people could not distinguish the sound of the joyful shouting from that of the weeping, because the people were shouting so loudly. And the sound was heard far away.”

Our Verses for Today may seem to be an unusual choice. Yet, when we take a closer look, we realize that they reveal a principle worth pondering.

The context of these verses is the completion of the second temple’s foundation. The first temple, Solomon’s Temple, had been destroyed. The Jewish people had been in captivity for a very long time. Yet, under Cyrus, some of the Jews began heading back to their homeland.

Upon arrival, some desired to rebuild their place of worship – the Temple. In Ezra 3:10, we read that the new foundation for the second temple was laid.

And then the people responded.

Very different responses to such a momentous occasion.

When we investigate further, we realize that it was specifically the older folks who cried and the younger folks who were jumping for joy.

The answer to that question is found in the text:

Ezra 3:12 (CSB): “But many of the older priests, Levites, and family heads, who had seen the first temple, wept loudly when they saw the foundation of this temple, but many others shouted joyfully.”

Did you see it? The older folks wept, the ones “who had seen the first temple.”

The younger folks had no frame of reference. They never saw Solomon’s Temple in all of it’s glory. They were not in awe of it’s architectural beauty, it’s massive amounts of gold, and the glory of the Lord resting upon it.

So, when they saw this new temple foundation, which was much smaller and would be much less impressive, they didn’t see how inferior it was to what Israel once enjoyed.

The older folks had see Solomon’s Temple. And, with that in their memory, they looked at the new foundation and realized that it was going to pale in comparison to what Israel once enjoyed. Things were never going to be as good as it was. And they cried.

The younger people jumped for joy and the older folks knelt down and cried.

Friend, if you are a senior saint, and especially if you have seen God do some wonderful things in your lifetime, you need to share those stories with the younger generation.

As our country continues to slip into a spiritual lethargy and we fail to see God move like He once did in our churches and country, the younger folks may come to think that this anemic religion is all there is.

They may try to find joy in it … but you will know different. You’ve seen God move. You remember church meetings when God’s Holy Spirit came down and lives were radically changed. You’ve seen marriages get powerfully mended and alcoholics turn from the bottle and surrender to preach. You’ve seen worship services where two men, who despised each other, wept on each other’s shoulder asking for forgiveness.

You’ve seen these things and much more … but many of the younger folks haven’t.

So tell them these stories! While there is much in our past that was sinful and wrong, there is also much good that God did that isn’t happening today. So, let them know!

As they hear what God did and realize that there is so much more to be enjoyed and experienced than what they have grown accustomed to, God just might create within them a holy dissatisfaction with the present and a craving for God to move powerfully again.

Maybe, just maybe, we can see God move in revival in our churches and across our land once again. I pray that we will.

In conclusion, if you want to sit at the feet of others and read their stories of how God has moved powerfully, consider reading the following two books: 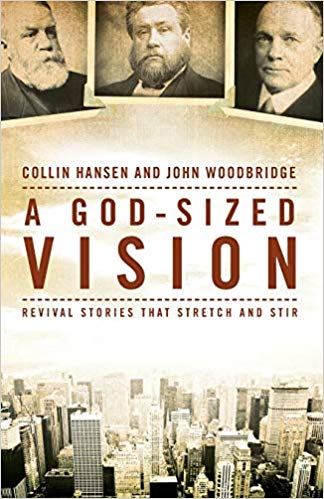