Today, Kim, Joseph, and I showed up to Lackland Air Force Base in San Antonio at 5:45 AM. We were going to see Sean as he graduated from Basic Training.

After some briefings for the parents and other family and friends of Airmen, we gathered at the Retreat Pad. All 700+ Airmen would run past all of the thousands of people who had gathered to watch the run. We could only hope we would get a glimpse of Sean after not seeing him for 8 1/2 weeks.

After the run, we had to wait for about 2 more hours. We had seen Sean but were not able to speak with him or give him a hug.

At 10:30 AM, we were in the bleachers as all of the flights made their way onto the Retreat Pad. They would receive their Airman’s coin before officially graduating tomorrow.

Here is a video of Sean’s flight getting into their position.

After a few speeches and recognitions, each of the Airmen received their Airman’s coin. In the following video, Sean is on the back row, third from the left in the front group. Even though all of the guys were dressed the same, had no hair, and were wearing the same hats, we easily picked Sean out of the group. Again, front group, back row, third from left.

I’m always looking for moments, times when God’s timing demonstrates that He is interested in even the smallest of details. Well, I grew up on Houston’s east side in Galena Park, Texas. So, Houston has a special place in my heart. A couple of years ago, I took Sean on a trip to Houston with some of the men in our church to do some recovery work after a hurricane. Sean loved Houston so much that he said he wanted to go back to visit again. With that being the case, it’s pretty special that Sean’s sergeant was taking his place in front of Sean, to give him his Airman’s coin, as Lee Greenwood is singing the line: “From Detroit down to Houston…”

Soon, we were given permission to exit the bleachers, find our Airman, and “tap him out” of formation. I found joy in letting Kim be the one who hugged Sean first as she “tapped him out.” 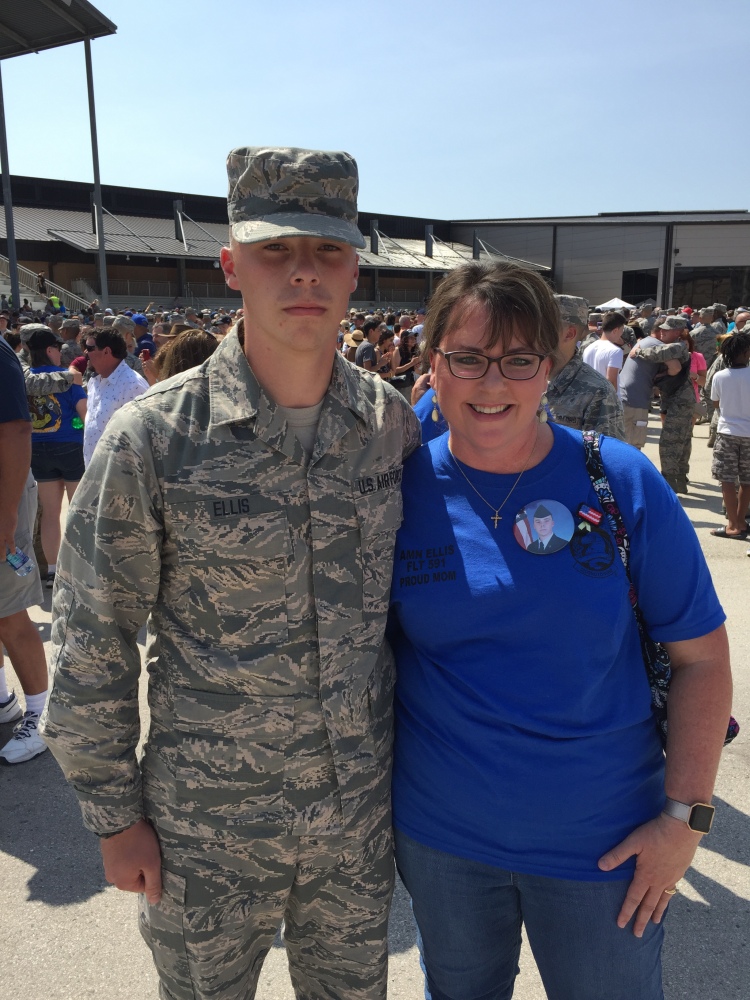 After tapping Sean out, we spent the rest of the day with him on base.

Tomorrow, he formally graduates from Air Force Basic Training! We are so proud of him!!! 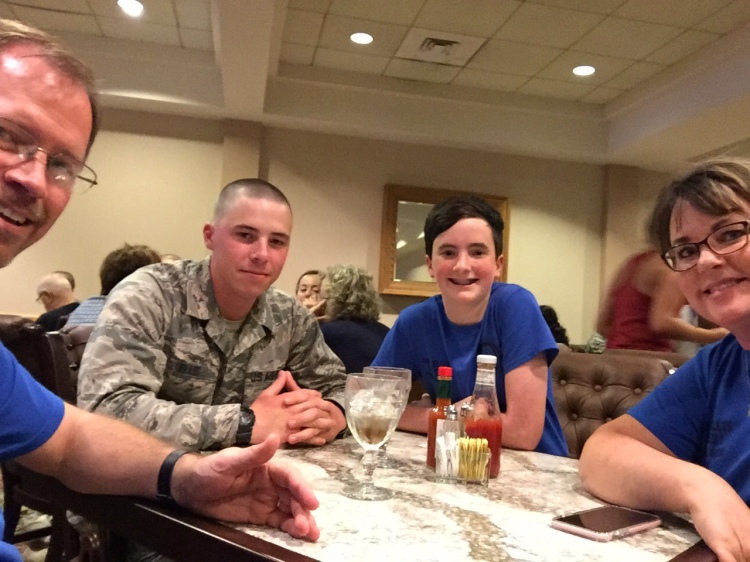