Jeremiah 50:6–7 (CSB): “My people were lost sheep; their shepherds led them astray, guiding them the wrong way in the mountains. They wandered from mountain to hill; they forgot their resting place. Whoever found them devoured them. Their adversaries said, ‘We’re not guilty; instead, they have sinned against the Lord, their righteous grazing land, the hope of their ancestors, the Lord.’”

In our Verses for Today, we see a problem. A big problem!

God’s people had gone astray. They are pictured as sheep that had left the flock and in their defenseless condition had been devoured by the enemy.

Who did the Lord hold responsible for this? “Their shepherds led them astray…”

Typically, the Old Testament’s use of the term, “shepherd,” was reserved for God or for governmental leaders (Psalm 78:70-71; Isaiah 44:28; etc.). It is only in the New Testament that we come to understand that God’s men (pastors) were shepherds.

So, we see in our Verses for Today that poor leadership created an environment where the sheep were scattered and then devoured by the enemy. The governmental leaders were either incompetent or evil and had not created a safe place for their citizens to dwell. Armies were able to come in and devour the people.

But, in the New Testament (the era in which we live), shepherds are pastors. They are the ones who lead the flock of God by preaching the Word, encouraging their flock to live out its truths, and leading them to become more like Jesus.

1 Peter 5:1–2 (CSB): “I exhort the elders among you as a fellow elder and witness to the sufferings of Christ, as well as one who shares in the glory about to be revealed: Shepherd God’s flock among you, not overseeing out of compulsion but willingly, as God would have you; not out of greed for money but eagerly;”

Believe me when I say that pastoring can be an incredibly difficult and draining job. (Any pastor would readily agree with that last statement.) Because of its specific stresses, some pastors may not take their job seriously to avoid what is uncomfortable.  But, in doing so, their flock would suffer for it.

So, pray for your pastor. Pray that God would give him courage. Pray for wisdom. Pray for endurance. Pray that he would not shirk from doing the job that God has called him to. 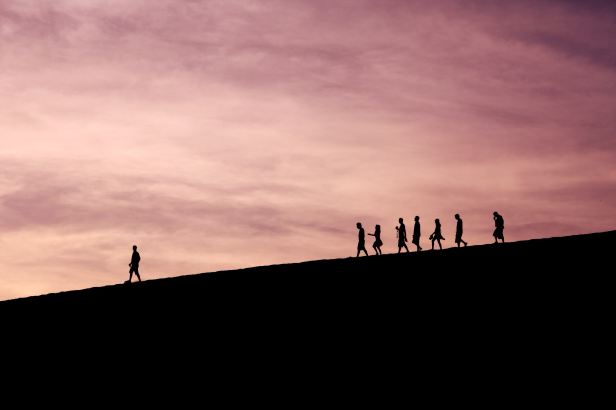 One thought on “October 26: “The Stress But Necessity of Leadership””