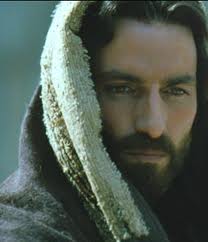 Let’s just be blatantly honest with each other for a moment. The reception Jesus received by the Pharisees is not much different than the reception He would receive from many of our churches today. After all, He was constantly pushing the limits as far as the religious folk were concerned. He didn’t fit within their paradigm. He didn’t play according to their rules. He didn’t behave or teach according to their protocol. He was constantly upsetting the applecart … and the Pharisees hated Him for it.
The “religion” that Jesus advocated wasn’t one that fit nicely into a one hour service with padded pews, stained glass windows and polite platitudes emanating from a pulpit. It was rugged. It was real. It forced people to a point of decision. People couldn’t straddle the fencepost around Jesus. He called them to make a decision and live by it. There was no room for hypocrites around Jesus and that’s why the Pharisees regularly resisted him. He constantly made them uncomfortable and they despised him for it. (Would folks respond well to this today? Jesus hasn’t changed.)
A narrative is given in Matthew 9 that tells of a time when Jesus, once again, upset some religious folks. Let’s look at it and draw out a few points.
Matthew 9:9-13 (New Living Translation) “As Jesus was walking along, he saw a man named Matthew sitting at his tax collector’s booth. ‘Follow me and be my disciple,’ Jesus said to him. So Matthew got up and followed him. Later, Matthew invited Jesus and his disciples to his home as dinner guests, along with many tax collectors and other disreputable sinners. But when the Pharisees saw this, they asked his disciples, ‘Why does your teacher eat with such scum?’ When Jesus heard this, he said, ‘Healthy people don’t need a doctor – sick people do.’ Then he added, ‘Now go and learn the meaning of this Scripture: “I want you to show mercy, not offer sacrifices.” For I have come to call not those who think they are righteous, but those who know they are sinners.’”
Here are some points to ponder today:
Jesus surrounded Himself with folks who were known sinners. Tax collectors were “sinners” in Jesus’ day for at least a couple of reasons. First, they had the authority of Rome to collect taxes from their fellow Jews. However, they typically inflated the tax bill and pocketed the difference. Second, they committed these acts of theft against their own Jewish people thus receiving the title “traitor.” Yet, this is exactly the sort of people that Jesus surrounded Himself with for His three years of ministry.
Jesus didn’t care what others thought of His company. Pharisees could ridicule, the masses could gossip, His family could cringe if they wanted. Jesus really didn’t care.
Jesus’ purpose for surrounding Himself with sinners was to share the good news of forgiveness and eternal life with them. In this narrative, the Pharisees likened the sinners to “scum” but Jesus likened them to “sick people.” They needed help. He wasn’t going to leave them like they were. But in order to administer the medicine of the Gospel to make them new, He needed to get into close proximity to them.
Jesus cannot do anything with folks who don’t think they are sinners. The Pharisees spent so much time condemning others as guilty sinners that in so doing, they prohibited themselves from enjoying the message that Jesus had to offer. A patient must realize that they are sick before they are willing to take the medicine and people need to know that they are sinners before they will take from Jesus the life-giving message of the Gospel.
That’s the offense of the Gospel. It begins with the realization that we’re not OK. We’ve got a problem. We’re guilty sinners before a holy God. But here’s the crux of the matter: Those that are willing to acknowledge that they are sinners will find the presence and friendship of Jesus. Those who are not will have to settle for a comfortable, lifeless, Christ-less “religion.”

If you’ve never received God’s amazing gift of eternal life, go to http://www.wayofthemaster.com/about_kirk.shtml and click on “Listen to Kirk’s Testimony.” (It’s only about 5 minutes long.) Feel free to contact me! I’d love to help you along in this decision.