As I read through Colossians 2 this morning, I came across a very amazing word picture. It’s in regard to our sins and how God forgave them. 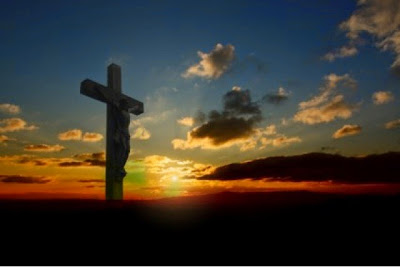 God is infinitely holy and demands moral perfection from us. When we sin, we become ever more indebted to Him. That sin cannot simply be forgotten. His holiness has been violated and someone must ‘pay.’

We understand this in our American culture. We often say, “Do the crime? Do the time!”
We understand that when someone violates society’s laws, they are indebted to society and must either pay a fine or go to jail.
This is the way it works in our relationship with God. When we sin (and we all sin every single day), we are indebted to a holy God who demands that payment be made.
Well, folks can be shipped off to an eternity in a Christ-less hell to experience the consequences of not paying their debt to a holy God in this life. Yet, we realize that this is not God’s heart (2 Peter 3:9).
So, in eternity past, God determined to glorify Himself by paying our debt for us. That word picture is provided in Colossians 2:14 where it says:
“by canceling the record of debt that stood against us with its legal demands. This he set aside, nailing it to the cross.”
So, God cancelled our debt by “nailing it to the cross.”
We know from the narrative of the Gospels that Jesus had something nailed to His cross. In John 19:19, it says: “Pilate also wrote an inscription and put it on the cross. It read, ‘Jesus of Nazareth, the King of the Jews.'”
This appears to have been common procedure at crucifixions. The crime that someone had committed was put in writing and nailed to the cross. So, as folks walked by, they could see the offense and see the person who had committed it.
As far as the Romans were concerned, Jesus was accused of insurrection. He was accused of trying to set up a kingdom in opposition to Caesar. That was His offense.
Yet, in Colossians 2:14, we’re told that as far as God is concerned, there was something much different nailed to the cross. It was our sins!
Friend, that’s how God paid our sin debt. He couldn’t simply forget it. Someone had to pay the debt. So, when Jesus hung on the cross, God placed our sin debt on His cross so that as the Jesus-follower walks by, they can see their sin debt being paid for by their infinitely loving Heavenly Master.
We serve an awesome God!!!