Eight years ago yesterday, on July 23, 2010, I went with a mission team to Shell, Ecuador. It was an absolutely incredible trip! My Facebook “Memories” feed showed me some pictures yesterday that took me down memory lane. If you’re interested, keep scrolling down to see some of the pictures I took on this trip.

But, first, the story…

Shell, Ecuador is where the incredible missionary story played out as told in the movie “End of the Spear” and the book “Through Gates of Splendor” by Elisabeth Elliot. (If you have never read the book or watched the movie, do yourself a favor and do it very soon. There is a reason why we still talk about this story 62 years after it happened.)

In 1956, Jim Elliot, Nate Saint and 3 other missionaries took their wives to Ecuador to share the Gospel with a militant tribe, the “Waodoni,” who lived deep in the Amazon jungle. The “savages” were killing each other and killing the prospectors who were traveling deep into the jungle looking for oil. The Ecuador government, to save its chances of securing a financial landfall in oil, decided to wipe out the Waodani. Those five missionaries and their wives wanted to tell the the Waodani about Jesus before they were all killed.

For starters, they had to find the remote tribe. Nate Saint spotted them on one of his many flights over the vast jungle. Then, they went back and started dropping items from their plane into the village in hopes that the “savages” would associate the plane with gifts and friends. Then, when they thought it was time, they took their plane into the jungle and landed it on the banks of the Curaray River.

On January 8, 1956, those five men were speared to death by the very tribe they were trying to reach with the Gospel.

If you look at the very top picture on this post, you will see the back of a man’s head and five women with some children. Those were the wives of the five missionaries. That is the moment they were told that their husbands were found dead.

But, the story doesn’t end there.

Jim Elliot’s wife, Elisabeth, along with Nate Saint’s sister, Marge, went back into the jungle. They found the tribe and through a long string of events were able to lead that tribe to the Lord. Because of their courage, their selflessness, their willingness to extend unspeakable grace, and their conviction that every tribe and nation needs to hear the Gospel, that Amazon tribe is now primarily made up of Christians.

… and I was able to visit with them on July 23, 2010, the day we flew to “Terminal City.” “Terminal City” is the name that the missionaries gave to the jungle community back in the 1950’s where they tried to befriend the natives by dropping trinkets out of their plane via a bucket. (You can view how they were able to do this by watching the movie, “End of the Spear.”)

Here are some of the pictures that I took on this trip. 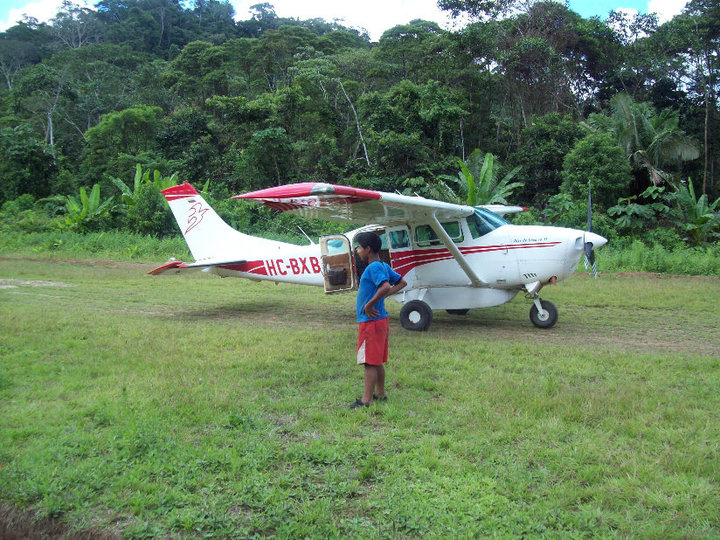 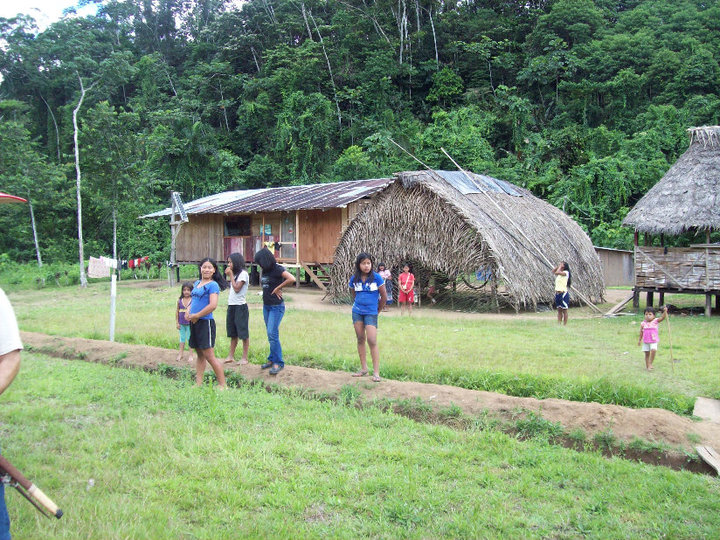 We were in Ecuador to serve at an orphanage. It was only a last minute opportunity that enabled us to visit “Terminal City.” But, while in Shell, Ecuador, we heard that Mincaye was in Shell. (Mincaye was the Waodani warrior who claims to have speared Nate Saint to death. However, because of Elisabeth Elliot and Marge Saint’s bravery and grace, he came to receive the message of the Gospel and became a believer 60 years ago.

Unfortunately, we were unable to visit with Mincaye. But, we heard that he visited the Nate Saint House the day before we did. In the following picture, he is touching the table where, back in 1956, the young Steve Saint was unable to contact his father on that fateful day that Mincaye had killed him in the jungle.

The very next day, we were in this room. I took the following video where the contractor who was restoring the house told us what had happened the day before. I added the text at the bottom of the screen because it is a little difficult to understand him (bad audio).

God’s grace, the Gospel, and forgiveness are powerful forces! When we actually engage in them, amazing things can happen!