A few days ago, as I was scrolling through online news sites, I came across a tragic story. A California pastor took his own life. He left a grieving wife, 3 young boys, friends and other family members, his congregation, and so many others to suffer the consequences of his tragic decision. (You can read the story here.)

I don’t know what complicating factors played into his thought process that ended in his decision to take his own life. But, the article listed anxiety and depression as a constant problem with him.

If you think this is an isolated incident, that this pastor was part of a small group of ministers that struggle with anxiety and depression, simply Google something like: “pastors who struggle with depression.” I did that just a few moments ago and came up with 530,000 results.

I have observed this phenomena firsthand. I love pastors and love being around them. If I can get them to take their walls down and be transparent, I expect to hear that they are struggling. Really struggling! Sure, they smile and tell members of their congregation and other pastors that things are going well. But in a moment of transparency, they often say that they feel like an empty well that is forced to continue producing more and more water. Without a doubt, they would say that their ministry, while it has its moments of incredible joy, has been a huge burden on them and their family.

As I did some quick research on this problem, I read an article by Thom Rainer, entitled, “Five Reasons Many Pastors Struggle With Depression.” I noticed that his fifth reason was loneliness. In my interactions with other pastors, and as they periodically tell me how their wives are struggling, I think loneliness and isolation should be at the top of the list. It seems to be the root problem of their anxiety and depression. Many of the other stresses of pastoring are simply straws that threaten to break the proverbial camel’s back.

From my exposure to these ministers, it would seem that most of them are actively cultivating their walk with the Lord. But, their relationship with God isn’t enough. If you look back at Genesis 2:18, you will realize that when Adam had God all to himself in unbroken relationship, God still said, “It’s not good that man should be alone.” God created us to have relationship with Him and others. This is why we don’t simply have one great commandment – we have two. We need both – a relationship with God and relationships with others.

Matthew 22:37-40 (NLT) “Jesus replied, ‘You must love the LORD your God with all your heart, all your soul, and all your mind.’ This is the first and greatest commandment. A second is equally important: ‘Love your neighbor as yourself.’ The entire law and all the demands of the prophets are based on these two commandments.'”

As I have spent much time with pastors, and assessed my own periodic struggles, I have previously compiled a list of reasons why pastors and their wives battle with loneliness and why relationship is so hard for them. As I list these reasons, it is hoped that you will understand their struggle and might even reach out to resolve the problem with some of the solutions I will add at the end of this post.

(In fact, only an hour after I wrote this blog post [and have not yet posted it to social media], a pastor friend in Colorado, unaware that I had written this post, tweeted an article titled: “Why Pastors Are Committing Suicide.” If you read the article, you will notice how the theme of isolation is a major problem with pastors. There are many pastors and their wives who are silently struggling behind the scenes – and this is a much bigger problem than Christians realize. The problem is exacerbated by the fact that there seems to be little communication going on about it in our churches and some fail to see hope on the horizon.)

So, here are some reasons why relationship is so hard for pastors and their wives.

Honestly, I could keep going but this is the list of possibilities that I have collected so far.

Sure, some pastors and their wives are doing incredible. But, the point of this article is to reveal that there are reasons why many pastors and their wives (many more than most folks realize) who appear to be relationship saturated will, instead, often find themselves distanced from those they are called to love. And, hidden down deep in the recesses of their heart, they will struggle with a gut-wrenching loneliness and depression that others may never know about.

And if you don’t believe that what I have described is a real phenomena, don’t ask your pastor. He won’t be honest with you about this. Ask someone who is in leadership in your denomination who has access to pastors and what they deal with. Almost certainly, they will validate virtually everything I have mentioned here.

So, what can be done…

1. See your pastor and his wife as a human being, not a superhuman. 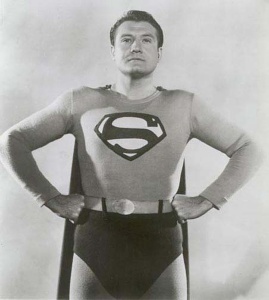 They are in their place of service because they love the Lord, His Word, and His people. They care about people and find great satisfaction when those in their congregation bring them into the moments of their lives.

But, they are like wells filled with water. If you take water out … and keep taking water out without replacing the water … eventually, they are going to run dry. And when they are forced to continue doing their job with an empty well, bad things begin to happen.

So, change your perspective of your pastor and his wife. They are human just like you. Don’t expect them to play by different emotional rules than you do.

2. Don’t just take from your pastor and his wife. Actively work to replace what you took.

And, to fix this problem, we’re talking about relationship solutions. What can the church do to make sure that the pastor and his wife are relationally and emotionally healthy … and stay that way? Be creative.

Earlier this year, I formed a Senior Pastor Team. I wanted a group of men and women to keep an eye on me. Their love for me and their love for the church is unquestioned. So, they are in a position to speak truth regardless of what it is because their hearts are in the right place. If they see or hear anything that concerns them about me (how I am leading, how I am behaving, how I am relating, etc.), I have given them the right and authority to speak into it.

So, is there a relationship problem with pastors and their wives where they are struggling with loneliness and depression? Yes, I believe the data bears this out.

Is it a big problem with a potential majority of pastors and their wives? Possibly.

But, can it be fixed so that churches are led well because their pastor and his wife are assisted in the area of relationship? I believe so.

I certainly know more than a few pastors and their wives who hope so.